More about our Peewee karate classes

Before the mid 1970’s there very few martial arts schools that taught children younger than 12, as most martial arts had no formal syllabus to cater for primary aged children. It was not until after this time that martial arts took an interest in coaching the younger children.

Bugeido Shotokan Karate-Do was a pioneer in this area and was one of the first schools to introduce a formal system separating the ages creating a four tier system for Kodomos (young child), Peewees, Juniors, and Adults (Seniors). No other Karate school in Tasmania has a four tier syllabus and therefore our system is unique to Bugeido. 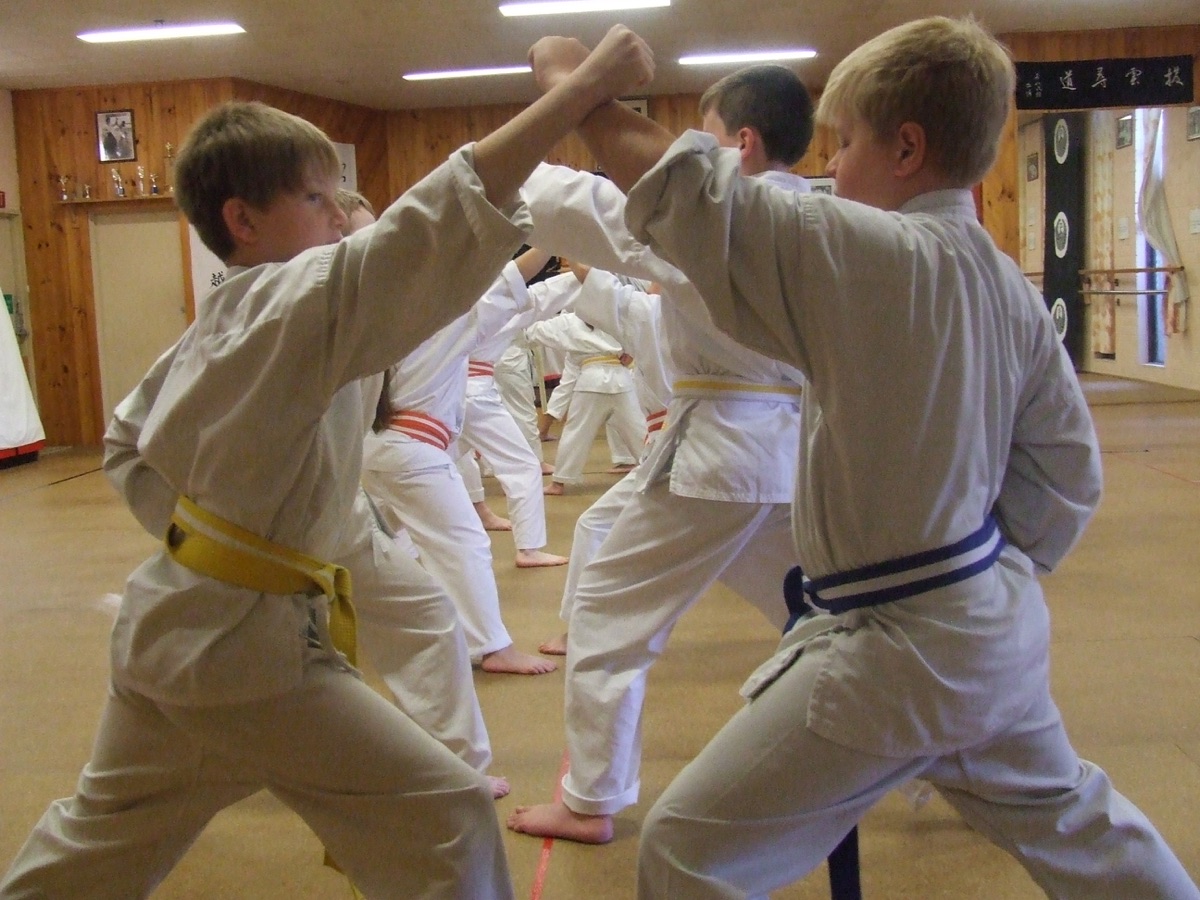 The Peewee syllabus was developed in 1976 by Shihan to allow children from ages 7 through to 11 to participate in formal Karate classes in a safe environment, including a grading system similar to the Junior / Senior syllabi. In addition, they participate in a form of ground wrestling (Okinawan Wrestling), which was created by Sensei Mark and is unique to Bugeido.

The Peewee syllabus does not require any child to participate in free sparring (fighting) but instead demonstrate Self Defence and disarming techniques for higher gradings.

All classes sizes are kept to a manageable level, no more than 18,  to ensure quality of tuition and safety of students. Classes are based on a 10 week school term. There are four(4) terms per year.

Uniform for this age group is a traditional white cross over Karate Gi, which can be purchased through the school at a discount.